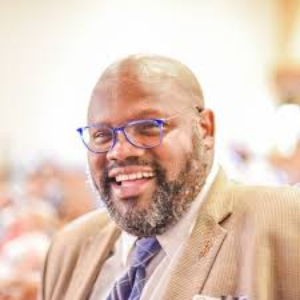 Let's Just Get On With It!

“I became apart of CIS in 6th grade, my older brother was apart of Communities In Schools® (CIS™), so I got grandfathered in, this was back at Lincoln when CIS was called Cities In Schools. It was great! The thing I liked back then was the Karate! I think it was each Tuesday we got pulled out and had the chance to practice Karate and other similar activities. Back then we had what was referred to as Partners. My brother’s partner (who was an intern from A&T and worked for Nation’s Bank) became like family to us, like both of our partners, she became a second mother to us, I literally just talked to her the other day. I had a partner back then too, Frank Tard. Frank and I are still in contact too, whenever he comes to Charlotte, we get together and hang out. In HS, our Site Coordinator was Francine Scott, she was just phenomenal. Mrs. Scott and my mom were super instrumental in making sure I and my twin brother graduated; she helped me fill out my FAFSA and get overall prepared for college. I was a first-generation college kid. And last but not least, Jimmi (CISGG’s Executive Director), was always around, always present, and he’s just a great straight-up dude.

I think honestly the relationships we had with the adults and the added support system we received was the most impactful part of Communities In Schools of Greater Greensboro®. CISGG was a really solid experience of folks who I knew I could rely on and that I knew would be there.”

What are you doing now?

“Currently, I am running at large for County Commissioner in Mecklenburg County. The County Commissioner is in charge of Health and Human Services for the County. They are also a major funding source, as they fund schools, Sheriff's Office, Department of Social Services, staff, etc. They do a vast amount of things with direct interaction with our day to day interactions including or City Government. Vocationally, I am a Minister, which is what I have done full-time since 2005 and what I went to college to pursue, which is really cool! I am also one of 5 DNC members representing North Carolina. I have done some really cool work in the community.”

Where did you go to school?

You received a degree in Theology?

“I got my degree in Bible Theology and one in Christian Ministry with Youth and Family Instances. I actually thought I’d be a Youth Pastor my entire life, I never wanted to be a Senior Pastor, honestly. So, I worked as a Youth Pastor for about 7 years but then from there, I moved on to being an Executive Pastor for a year. So, now I have been a Missions Pastor for 5 years and a Senior Pastor now for about a year and a half.”

Why did you need CIS?

“My older brother was apart of CIS so I had the benefit of also being apart of it! There wasn’t a tragic event, but my brother benefited from it so we were super excited about it for me as well!”

Would you guys have been as successful without CIS?

“Yes, for sure. But we did also excel due to the help of good tutors. There was a gentleman, Bill McSway, who really helped me out a lot with math. And still, to this day, I hate math! But, I definitely think that if not for CIS, we wouldn’t have had the same academic support. There was a Big Brother Big Sister ambiance to CIS.

Furthermore, I think CIS exposed me to more than I would have been exposed to without being apart of the program. My parents were divorced, I had a single Mom working really hard and single Dad working really hard but we just didn’t have a lot. So, CIS was just a great benefit that we received.”

“I think the potential of what can be accomplished when we really show we care is what inspires me. I’m inspired when I think about what happens when a group of people decide, you know, we’re not taking this, we’re not okay with this and we’re going to do something about it. If it’s the kids from March for Our Lives who are rising up, or the people who are saying “you know what, I’m tired of black and brown folks being killed,” or if it’s the people who are saying we have to find solutions... A group of folks who have decided you know what it’s time to start “giving a damn.” Like, that inspires me to do more, to care more and inspires me to just get on with it!

A specific example I have is back in September of 2016 there was a kid who was shot and killed in Charlotte by the police. There was a big uprising and uproar about it. I am apart of the Charlotte Clergical Relations for Justice and we thought we should protest about this incident because we didn’t think it was just. When we were there, we were protesting and being an administered presence, and in the aftermath, a gentleman, who is now a City Council member was arrested under this old ordinance brought in on account of the DNC coming in 2012. And the police used this ordinance to arrest this guy because he had a backpack, essentially. And you know I thought, that’s messed up! That’s not just and I thought you know what, we’re gonna get that ordinance repealed because it’s a violation of people’s rights. And that was my problem that I solved, that I think needed solving.”

When you have a challenge how do you address it?

“Ironically, I think one thing I like to do is get some perspective. I am a person that likes to process things verbally. So I definitely talk things through with my wife or close friends. But the main thing I do with a problem is to get on with it and figure out how I can tackle it. Like what’s the first thing we need to try to do? Like what’s the problem? What’s the first thing we can do? Like a problem at work, we’re coming up short on the budget for the month. What should I do to either increase revenue or decrease expenses? And then figure out how we’re not going to be here again next month?”

So, I’m not one of these people who believe that every kid has to attend college in order to be successful. Ask yourself what do you want to be and what do you need to get there. And remember “who you are now is going to be completely different in five years!” And you may have been dealt a tough hand but I don’t think we’re owed anything, and I am familiar with a tough situation, and that is why I still believe a person’s success is up to them.

For more information, please go to www.cisgg.org. To donate, please click on the link: Donate!

By using this site you agree to our Terms and conditions. Please Accept these before using our site.