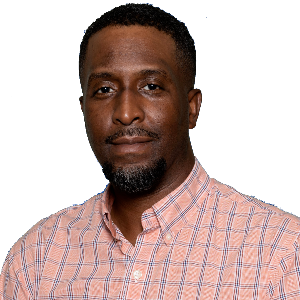 When and where were you in CIS?

How did you benefit from the experience?

Before becoming a part of the program at Dudley HS, Foushee says he was an “at-risk youth.” Foushee made poor choices, lacked focus, and wasn’t committed to his studies. Subsequently, he began not doing well in school. The way he was able to benefit from the CIS program is by having a caring adult introduced in his life. Foushee says CIS showed him that someone cared about him at a level that was undeniable and this inspired him to do better. Not only did CIS Site Coordinators reach out to his parents to establish constant communication about Foushee’s performance in school, CIS also provided the much needed balance, structure, and guidance that he needed in order to look at the “big picture” of his life. Former CIS Site Coordinators, Mr. Gill and Ms. Aldridge, to name a few, were people Foushee began looking forward to working with everyday, people who nurtured him, showed him that they cared.

What was your favorite aspect of CIS; was there a least fave?

Foushee’s favorite aspect of CIS was being respected and related to by the adults. Foushee mentions that this was a game-changer because when the adults showed him that his opinion was important he was empowered.

What would you tell a student now about the benefits of staying in school and achieving?

Set a goal. We’re in a society that values graduating from high school, you cannot drop out, the benefits that you receive early in life from accomplishing something such as graduating from highschool, especially when it seems impossible, will prepare you for other stuff that life may throw at you. You will have something checked off that is so significant and meaningful to your formative years that will prepare you for what lies ahead.

What role if any has CIS played in your life after high school?

CIS shaped me for the rest of my life. Currently, Foushee works with youth through many ventures including a Rockingham County based nonprofit.

If you could, in what way would you like to impact the life of a school-age child?

I would like to pay it forward and help the youth, especially young Black-American males, who are in a similar position that I was, to be able to navigate the world and become successful.

What are some of your future aspirations?

Currently, I am running for City Council. I have a strong belief that if you see something you think needs to be changed, you shouldn’t shy away from it or complain about it, you should take action yourself! I have a lot of ideas that I am confident will improve District 1 and Greensboro overall. With a solid background in history and logic, I would be able to create a more sustainable economy that will be for the benefit of everyone.

Any parting words of wisdom?

Be true to yourself. Know your limitations but don’t commit to them limiting you.

For more information, please go to www.cisgg.org. To donate, please click on the link: Donate!

By using this site you agree to our Terms and conditions. Please Accept these before using our site.